1. Saskatoon seems to be in spring-mode. The temperatures have been above -1C week. I spent the majority of my 14km run this week dodging puddles! So greatful to be out there pounding the pavement (er…mud) again. My husband is training now too, and it’s pretty fab. 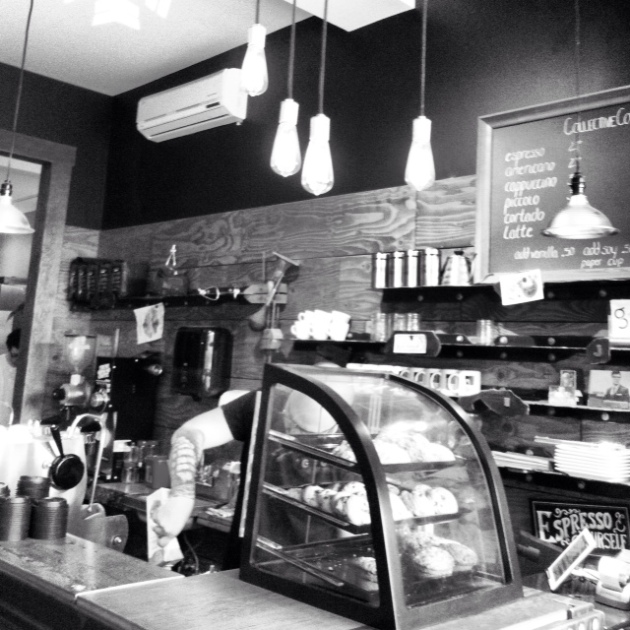 2. Collective Coffee on 20th street in Saskatoon. Seriously. Drop everything and go RIGHT NOW. This was the best espresso latte I have had so far in my life. Soy, yet so creamy and foamy. Mmmm. I can’t stop thinking about that cup o joe. 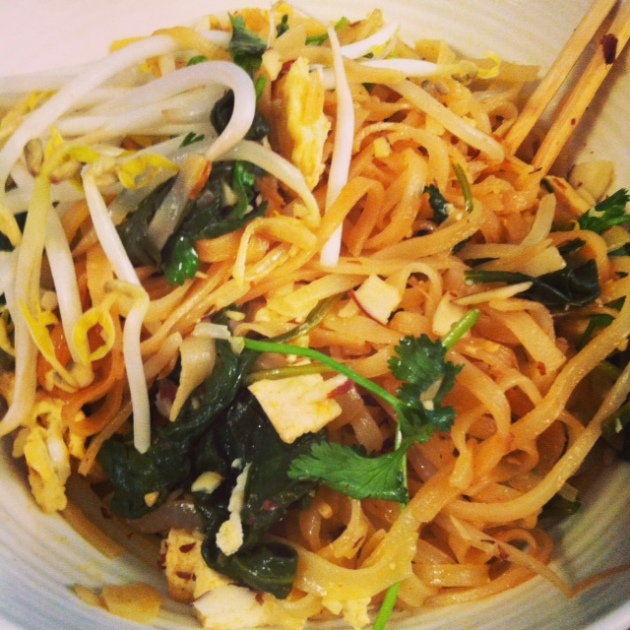 3. Peanut Free Pad Thai. Seriously. In a serious effort to cook more at home on weekends, I made this from a combination of two cook books this week and it was SO good. I will have to make it a few more times before I post a final recipe as I didn’t measure anything. I could go as far to say that I want to eat it on my death bed…along with these:

4. Homemade Reeses Eggs!! Using almond butter of course. I made 15 3 days ago…..and I only have two left. Oops. Good thing I have been working out a ton! Thank you pinterest. =)

5. Lennon & Maisy. I know, I know. You guys are probably sick of hearing about these youngin’s but every.single.video they post makes my heart sing. Also, I started watching Nashville….and was very pleasantly suprised they play small roles! Yay! Go check out their latest HERE!

G and I were hungry for some delicious food, and with a bulk package of bacon in the freezer from costco, and a container of homemade pumpkin puree I made in the freezer…I was just itching to make some pumpkin infused breakfast food!

1/3 cup home made pumpkin puree (if using canned, Id probably use 3/4 cup as mine is runnier)

Mix all of the ingredients in a stand mixer. Heat non-stick skillet to medium high. Pour 1/3 cup of batter at a time onto skillet, using measuring cup to spread out batter while still liquid. Turn over once bubbles have formed. Fill with coconut-whip and strawberries. I imagine pumpkin pie filling would be AMAZING! 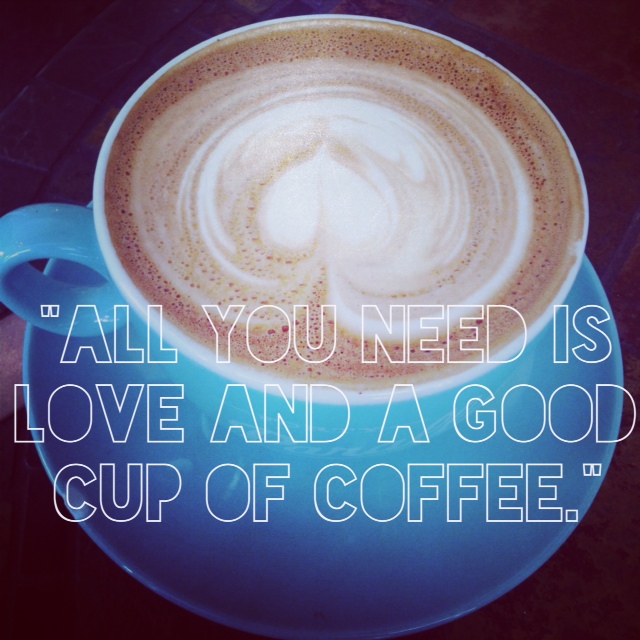 This week and next I work quite a bit, plus I am taking a two day course so it will be quite hectic. I have been trying to really relish all my free time/husband time and get in a lot of exercise before the chaos begins. [I also got this fun app called ‘Over’ to add text to my pics…]

I started the week by demolishing these INCREDIBLE gluten free + vegan black bean brownies. I promise you can’t taste the beans… And I may or may not have eaten 11/12 all by myself in 4 days….I made up for it by eating relatively healthy the rest of the time. Lots of smoothies, fish, and avocado(salted). 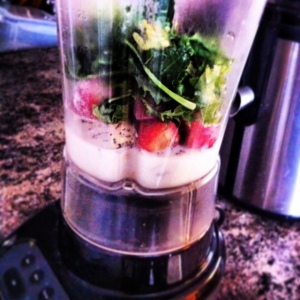 I made a seriously delicious cajun fish recipe….I could eat it every single day. I actually might-since I bought a bag of 30 fish fillets from costco. =) I also was working at one of the other ER’s in town, which happens to be just blocks away from my favorite coffee shop in Saskatoon. It has so many beautiful details and some hipster charm. They make the World’s Best London Fog…in my opinion. If you are ever in Saskatoon, check out City Perk!

I used a late start at work one day as an excuse to take my hubbie for the first time to enjoy  gluten free quiche + almond milk latte (for me) and a strawberry parfait + full fat latte (for G). Ready to go into this busy busy week with healthy food in the fridge, tons of hubbie time spent, and sore muscles from multiple gym days. =) Hopefully I can get a few days in at the gym despite work.

The weekend was pretty awesome, in all kinds of relaxing and laid back kind of ways…but also in work-out type of ways.

Friday, a friend took me to her gym to teach me some weight lifting/strength training stuff to compliment my running. I left feeling a little discouraged at how weak I was, but ended up relaxing at home and cooking with the hubster the rest of the night.

By Saturday I was feeling sore, but ready to kick some running butt (13km planned). Arrived to the gym(where I renewed my old pass for a month due to the frigid temperatures) to run on the track and realized I had forgotten my watch as well as a sports bra. DERG. Ended up biking for 55 minutes (while reading 14 minutes-the book above) and then doing more strength training for an hour. This was my first time venturing into the mostly-bulky-stinky-male-laden side of the gym and I left feeling very accomplished. My husband ran a half-marathon distance on the track while I did that with Grey Robin. We followed up the gym with dinner at East Side Mario’s-who have an awesome gluten-free menu! 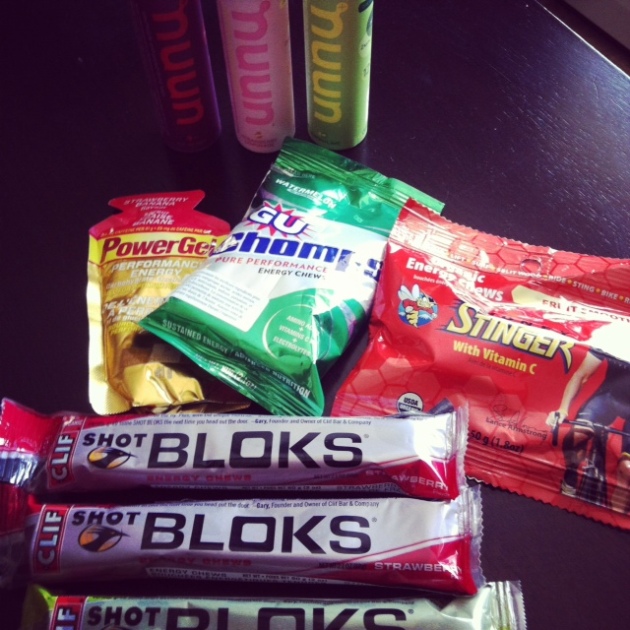 Today, I had hot yoga planned with a friend as well as getting that missed run in. The friend had to cancel yoga, and I was still sore from the last two days at the gym so I decided to take the day off and post-pone the run to tomorrow before work. I used the day to utterly relax. First we picked up some nuun/gels/bites to restock our stores, then we came home for lunch, napped, and woke up to make Gluten Free Vegan Black Bean Brownies….they were HEAVENLY. Thanks for the recommendation Grey Robin! Spending the night with a slice of gluten free pizza(yes, ill pay for the dairy), a movie and snuggles with my hubbie before a busy week of work and work-outs….I plan to be a gym-rat this month.

This week I hope to get in a speed run, a slow easy run, as well as two long runs-13km and 14km. I also am planning for hot yoga one morning, and 3 strength training sessions. Hopefully I can stick to this crazy schedule. I want to go into the half marathon next month feeling as strong as possible!=)